The Atlantic Examines Growing Trend of Outsourcing to Americans 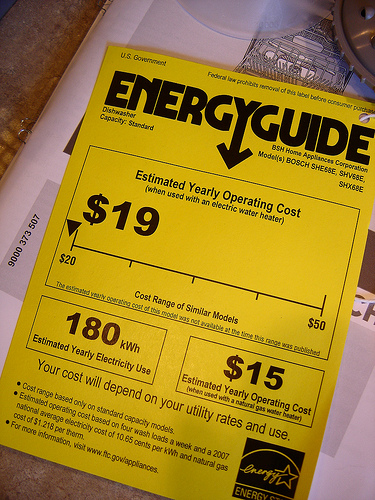 General Electric and other companies are discovering that bringing manufacturing jobs back to America results in products that are both better and more affordable for consumers.

Two articles in the December 2012 issue of The Atlantic magazine find positive signs that manufacturing jobs could be returning to America after years of being outsourced to other countries. It’s a trend that could result in more employment opportunities for people with disabilities through contract service work or full-time employment.

Charles Fishman spends a great deal of “The Insourcing Boom” looking at General Electric’s manufacturing history and its resurrection of an appliance assembly facility in Louisville, Kentucky. Back in March, GE’s CEO Jeffrey R. Immelt made his case for controlling the supply chain as a bigger consideration than labor costs when companies look for ways to increase profitability. Now he is re-envisioning Louisville’s “Appliance Park” in way that reduces transportation costs and time from-factory-to-showroom-floor, but spurs innovation as well.

Lou Lenzi, GE’s lead appliance designer, gives Fishman a couple examples of how having dishwashers assembled in the same location as those who conceive the product ideas have improved their design to the point where product quality went up even as material and labor costs dropped to the point that these appliances were more affordable to consumers than ones made in China previously. The key was having all the resources working in closer proximity:

‘What we had wrong was the idea that anybody can screw together a dishwasher,’ says Lenzi. ‘We thought, ‘We’ll do the engineering, we’ll do the marketing, and the manufacturing becomes a black box.’ But there is an inherent understanding that moves out when you move the manufacturing out. And you never get it back.’

Fishman cites a report issued by Boston Consulting Group this past summer which predicted one million new manufacturing jobs in the United States. (As noted here at the time, that employment surge would also result in an additional 1.8 to 2.8 million jobs in related industries.)

From a financial analysis standpoint, insourcing has become necessary in order to keep up with the accelerated cycle of product innovation. Where new refrigerator models were once intended to last seven years, the rapid technological advancements now makes an appliance’s shelf life about three years at the most. “The short leap from one product generation to the next makes the alchemy among engineers, marketers, and factory workers all the more important,” Fishman writes.

Toward the end of the article, Fishman cautions that this manufacturing resurgence may not return to all industrial sectors. He uses the example of Levi Strauss, which has 16 offshore plants making its denim blue jeans. He says clothing work is “too basic” to imagine it returning to American shores on a mass scale. But perhaps he is not aware of contract service companies like Peckham of Lansing, Michigan, which is employed almost entirely by people with disabilities and is capable of turning out 300,000 garments a month.

Fishman may also not have been aware of how his own colleague at The Atlantic cited the apparel industry as an example of how smaller operations can get their product to market more quickly by keeping the jobs closer to home. We’ll look at that aspect of outsourcing to Americans tomorrow. In the meantime, please share your thoughts about “The Insourcing Boom” in the comments section below.