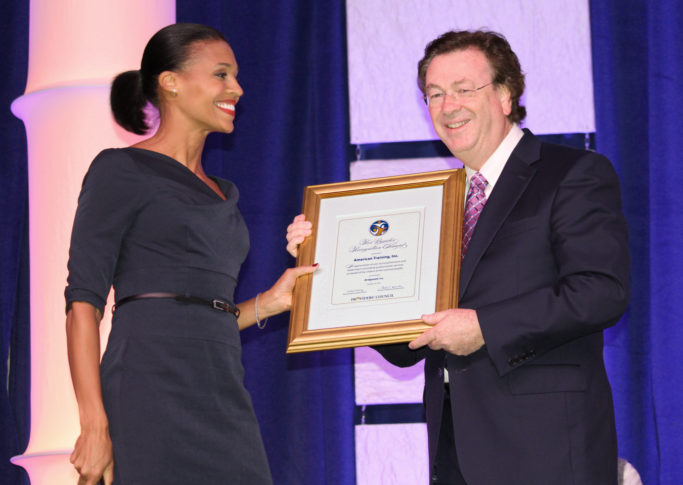 We are so pleased to announce we were named as a 2016 Peer Provider Recognition Award recipient at the Providers’ Council’s 41st Annual Convention & Expo on October 24 at the Marriott Copley Place Hotel in Boston.

The award is given annually to organizations across the state who, according to the Providers’ Council website, “have gone the extra mile and stand out in serving clients and consumers.” Award recipients are nominated by their peers, other Providers’ Council Members.

We were nominated by Bridgewell for our commitment to our mission of “Bringing out the Best in Everyone We Touch Because Every Life Matters.”

Presenter Shayna Seymour, of WCVB-TV, detailed the nomination, “All of the organization’s staff has embraced its WOW! Magic mentality, the agency’s unique Way of Working that ensures its staff generates an enthusiasm guaranteeing consumers receive the best quality programming in the area, that is not just educational and therapeutic, but also fun and entertaining.”

As Seymour presented the award to our President and CEO Tom Connors, before the crowd of 1,200, she asked him to talk about our signature WOW! Magic.

“The thing that’s most important about our WOW! Magic is that we want people to have fun and we want them to be entertained, because we believe that when people are having a good time, they learn quicker and they become much more independent than they ever could be without it,” said Connors.

Our fellow 2016 Peer Provider Recognition Award recipients were quite impressive as well. Congratulations to our friends at Sunshine Village, Inc. of Chicopee; Mothers for Justice & Equality of Roxbury; and Pride, Inc. of Taunton!