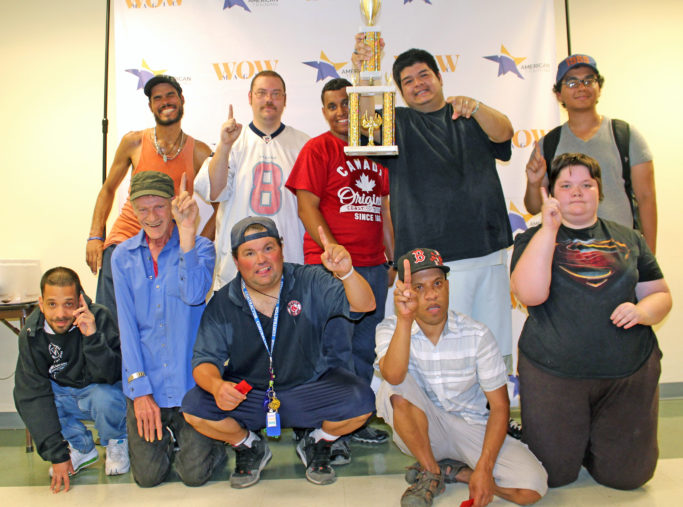 When one of our Guests came to us with the idea of holding a basketball game, we ran with it. We pulled out to hoops, painted a court out back, and arranged a full-fledged tournament!

Sixty eight of our Guests signed up for our first ever ATI Basketball tournament and what a success it turned out to be! We began by randomly assigning players into our eight teams. Next, we held Trade Day. And, WOW!, it was a wild day. Papers were flying, people were running to the commissioner, and teams were making last minute trade attempts. Some went through, some failed. But, nonetheless, we were left with our official teams!

The following day served as our Media Day, where players were interviewed about what they thought it would take to win, what they felt their teams’ strengths and weaknesses were, and what they felt was most important for all players to remember while playing in the tournament. We learned that team work and dedication were what it would take to win and that the single most important rule was that everyone should play with respect for all players on the court.

Some players even talked a little trash, playfully adding to the excitement of the impending games!

The first rounds of games were held the following day. Guests and Colleagues crowded around the court to watch the games unfold. There were blowouts and ties, winning shots and blocks, but by the end of the day we had our Final Four: the Japanese Spiders, the Australian Kangaroos, the Grecian Millipedes, and the British Bulldogs.

The four teams played the final rounds just a few short days later, on Tuesday, August 9. A freshly painted court with booming music welcomed the players. After the National Anthem played, the games began. After an intense semi-final round, we had our two finalists: the Japanese Spiders and British Bulldogs. The Championship Game was on!

Never short of drama, each team had two players missing when game time approached. With just seconds to spare, a loud cheer erupted from the crowd as they say player Renits V. running towards the court. He made it just time to join his fellow Bulldogs. Just seconds later player Danny S., the Spiders team captain and leading scorer, hopped out of a vehicle and quickly changed right there on the court. The place was electric.

The game began with no clear winner in sight. The two teams battled back and forth, resting at half time with a 19-19 tied score. In the sweltering heat the players took time to enjoy the half-time show featuring performance by some of our outstanding Colleagues. Then they cooled off, rehydrated, and strategized with their coaches.

The two teams remained close, both looking to take victory in the first to 41 game. At 39-36, with the Spiders leading, Crystal W., of the Bulldogs, bounced one off the rim. It fell to Danny S. who launched a pass down court to Jeff M. He took aim and let it go. The ball seemed to be in the air for an eternity until it swished through the net! The Spiders were champions! Happy tears and chants of “we did it” filled the air.

Players on the opposing team, as well as the other teams, happily congratulated the winners before heading inside to the AC, and a trophy presentation. All players were awarded ribbons for showing great sportsmanship. And the top two teams were awarded trophies! Roberto C., of the Spiders, was awarded tournament MVP.

Everyone had a blast. Talks of next year’s tournament are already popping up throughout Campanelli!

Check out a few pictures from the games, the trophy presentation, media day and more below. 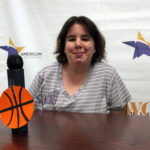 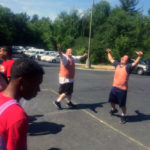 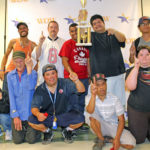 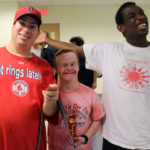 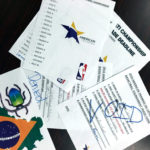 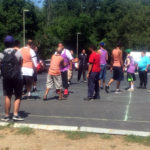 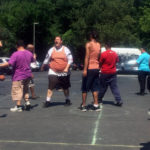 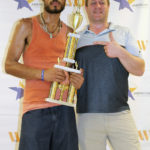 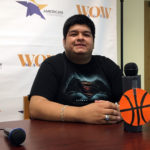 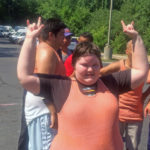 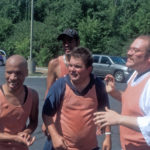 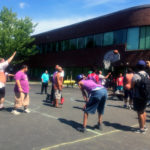 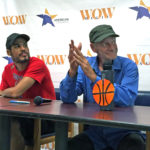 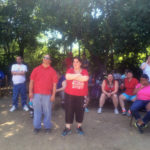 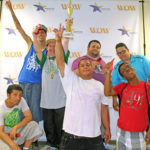