Parents and Education for People With Disabilities 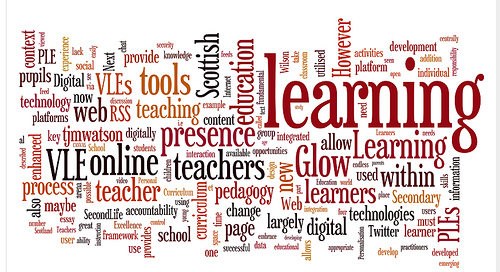 The anonymous essay, titled “What Should I Do About Jacob?,” published Monday on the Inside Higher Ed website (and discussed in this space yesterday) has elicited numerous comments from the author’s colleagues in higher education. The fact that so many of the responses included personal experiences from other professors who have had people with disabilities in their classroom indicates that more colleges and universities are responding to the needs of this underserved population.

Outcomes of those experiences are decidedly mixed. But the positive ones include some consistencies that could be instructive for other institutions preparing people with disabilities to join the workforce. While several responses inquired or made general assessments about the role of the student’s family, one commentator identified only as “Sbehne” elaborated in detail:

… [I]t’s been helpful when I’ve been able to hear their understanding of the complexity of the situation, along with what they’d like their child to gain from the course experience. Their goals for their child to be positively and consistently engaged with peers are not out of line, and the parents I’ve talked with don’t typically expect high grades (we are also talking about developmental classes here, too).

Other comments made by Sbehne’s colleagues validated the need for parental involvement and greater efforts by their respective institution’s departments for disability services. Sbehne goes on to add that parents of children with disabilities don’t ask for academic standards to be lowered, and they acknowledge the level of support in higher education will not be the same that was available during the K-12 years.

Indeed, the elementary and secondary education levels seem to be getting it right when it comes to parental engagement. Last week, the Journal of Disability Policy Studies released findings from a study that looked at the involvement of families of students with disabilities between the ages of 11 and 19 in developing individualized education programs (IEP). Of the more than 10,000 parents who participated, around 70% responded as being satisfied with their level of involvement in the IEP development process for their student.

In her article for Disability Scoop, Michelle Diament says parental satisfaction varied depending on the severity of a child’s condition as well as racial and economic factors. Age was also important, possibly indicating that “burnout plays a role as students age.”

Diament closes her story with a quote from the authors of the report that speaks to how even a student like Jacob could benefit from a properly implemented program:

Research demonstrates that greater involvement of parents of students with disabilities is associated with better student outcomes of many kinds, including better school engagement, academic performance, social adjustment and independence.

Even those commentators who disagreed with Jacob’s inclusion in the author’s memoir class would have to agree that engagement, adjustment, and independence are important factors in preparing people with disabilities to get jobs. We see this borne out in other higher education settings explored yesterday and last month, where people with disabilities take college courses not for the grade but for the experience, and hopefully other colleges and universities will take heed.

Please share any experiences and thoughts in the comments section.