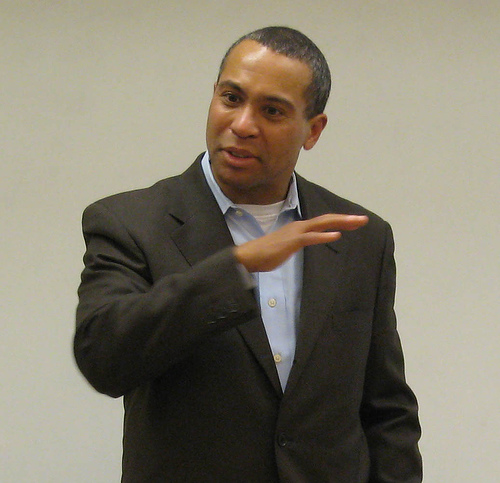 Massachusetts Governor Deval Patrick’s plan to revitalize the state’s manufacturing base can get a boost by hiring people with disabilities.

A combination of economic growth and aging workforce should lead to 100,000 job openings in Massachusetts’ manufacturing operations over the next decade, according to a new report.

This article in the December 2 edition of the Gloucester Daily Times reports on the first meeting of a group of Massachusetts executives, experts, and officials called the Advanced Manufacturing Collaborative, which discussed ways to stimulate interest in manufacturing jobs. In recent years, the industry has dropped from the state’s third largest employment sector to fifth. The article provides the following breakdown from the Executive Office of Housing and Economic Development:

Across [Massachusetts], manufacturing jobs totaled 250,656 in the first quarter of 2012; health care and social assistance jobs topped the list with 515,047 and the retail trade came in second with 343,312 jobs; Professional and technical services jobs totaled 260,791 and accommodation and food services had 252,280 jobs…

Barry Bluestone, director of the Kitty and Michael Dukakis Center for Urban and Regional Policy at Northeastern University, says the group’s research projects 10,000 job openings in manufacturing to be available each year even if growth remains flat over the next 10 years. Bluestone goes on to say that two-thirds of the Massachusetts manufacturers surveyed “expect to expand their businesses in the near future.”

The key to growth, says Bluestone, is generating interest in these “good-paying, stable jobs” and providing the training for people to perform the required tasks. One commenter on the article identified as “Suburban_Monster” effectively laid out the challenge to achieving this goal, citing the decades-long practice of outsourcing manufacturing jobs to overseas operations.

Information about the Advanced Manufacturing Collaborative is housed under the Massachusetts Housing and Economic Development website. It includes information about Governor Deval Patrick’s investments in community colleges to align skills training programs with manufacturing careers. It also includes a PDF version of “A Roadmap for Advanced Manufacturing in Massachusetts” report, the introduction of which echoes the same model for outsourcing to Americans explored in yesterday’s post, when it says the long-range goal is to “strengthen and grow industry clusters across regions of the state.”

Contract services that employ people with disabilities can play an integral role in that roadmap, filling any number of manufacturing needs from light assembly to sorting, packaging, and shipping duties. Just a few days ago, Housing and Economic Development secretary Greg Bialecki co-authored a Boston Globe op-ed along with Perkins School for the Blind president, Steven M. Rothstein, entitled “Job opportunities with a difference,” urging employers to make life matter more for these individuals through employment opportunities:

What successful business person doesn’t recall his or her very first job? The company that hires a promising intern or part-time worker offers a person with a disability an invaluable stepping-stone in getting that first full-time job. Endorsements from previous managers greatly reassure prospective employers… We appeal to employers to look deeper than the jobs report in the headlines to tap the resources of workers with disabilities whose talents and commitment can enrich the Commonwealth.