New Federal Agency to Strengthen Voice of People With Disabilities 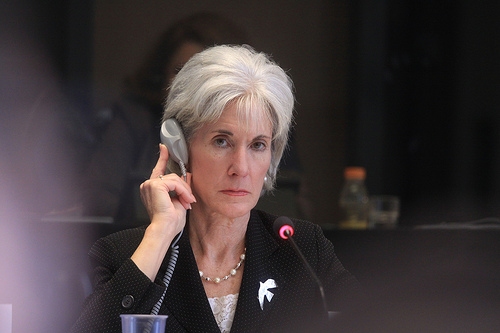 People with disabilities will have the ear of Secretary of Health and Human Services Kathleen Sebelius, thanks to the formation of a new federal agency.

The Department of Health and Human Services (HHS) announced the restructuring of its organizational support for people with disabilities last week in a move intended to provide lifelong support with education, employment, and housing.

Prior to the shift, the Administration on Developmental Disabilities was a subgroup of the Administration for Children and Families within HHS. But as commissioner Sharon Lewis points out in Michelle Diament’s article on Disability Scoop, “Our efforts… are lifespan and not unique to childhood.”

Indeed, if the Obama administration intends to promote independent living for individuals with disabilities, as it announced in 2009 with its Year of Community Living initiative, it will be essential to promote career training and employment opportunities as the vehicle toward inclusion. Secretary Sebelius’ official statement about the formation of the Administration on Community Living (found in this Disability.gov blog post) explicitly makes the point that in order for people with disabilities to achieve the “fullest inclusion in the life of our nation,” that:

Official statements of support for the new agency have come from advocates for both people with disabilities and the healthcare workers who have historically cared for this population. After all, both the givers and receivers of this type of care stand to benefit from taking a community-based approach to the living situation of people with disabilities.

It means more jobs for those who provide the care, as well the ability to devote more attention to the individuals in need of care. That additional support, in turn, could make the difference in giving a person with disabilities the confidence to succeed in a vocational skills or career training program, or be a productive part of a contract services team doing sorting, packing, and assembly work.

How this new umbrella organization facilitates inter-cabinet communications will be interesting to track; particularly whether it can synchronize with the Office of Disability Employment Policy (ODEP) within the U.S. Labor Department on its efforts to increase both the number of people with disabilities working for the federal government and to encourage private businesses seeking federal contracts to be more active in their recruitment of individuals with disabilities. Giving people with disabilities an equivalent seat at the table inside both agencies is certainly a good beginning toward achieving these goals.

Image by US Mission Geneva, used under its Creative Commons license.