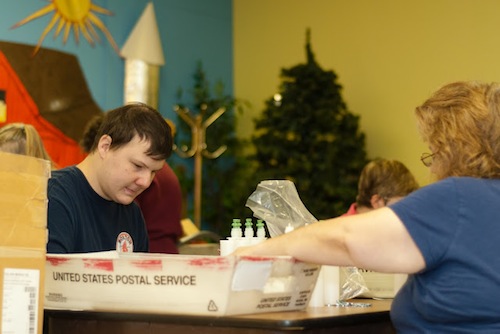 A Huffington Post editorial written last week by Jay Pelosky offered an upbeat perspective on the rebound of America’s manufacturing sector, both in the short-term and for the future.

Pelosky’s bio identifies him as an investment strategy expert for J2Z Advisory LLC who also sits on the board of the World Policy Institute. In his March 13 column, “The Rebirth of Middle America,” he says that “Insourcing will replace outsourcing as the new buzzword,” countering some of the pessimism from Scott Malone’s Reuters dispatch discussed yesterday, which characterized the recent resurgence of U.S. manufacturing as temporary:

Today, manufacturing employment is growing at its fastest pace in thirty years which is good news more broadly given the jobs multiplier effect: Estimates suggest every 100 manufacturing jobs support an additional 291 jobs.

Part of the reason for Pelosky’s optimism is his contention that American manufacturing was never actually as bad off as it has been portrayed. He separates factory workers into “high-value added” and “low-value added” categories and says the former remained onshore while the latter was outsourced to other countries with lower labor costs.

But that source of cheap labor is quickly dissipating. In China, Pelosky says wages increased 600% over the past 10 years and continue to rise each year by an average of 15% to 20%.

Control of the supply chain is another determining factor, says Pelosky. Rising oil prices that have made transportation of goods more expensive is just one of many logistics issues causing manufacturers to reconsider the geographical distance between producer and consumer. Pelosky speculates that this could not only bring U.S. manufacturers home, but could also spur companies from other countries to move operations here:

Record low U.S. corporate borrowing costs coupled with record deposit-to-loan ratios at U.S. banks suggests access to capital is a competitive advantage. Watch for a surge in foreign direct investment (FDI) flows into the U.S. from China and elsewhere as these factors come to the fore, replicating that of the late 1980s when it was Japan’s turn to move production here.

Imagine the opportunities for people with disabilities if Pelosky’s vision were to come to fruition. Most communities in the U.S. have an organization like ATI that provides career training for people with disabilities as well as contract labor services to perform the assembling, packaging, and shipping duties that went overseas. Between the cost-savings of working on a contract vs. hiring full-time employees and the quality, reliability, and productivity demonstrated by employees with disabilities, America could once again become a desirable destination for businesses to set up shop.