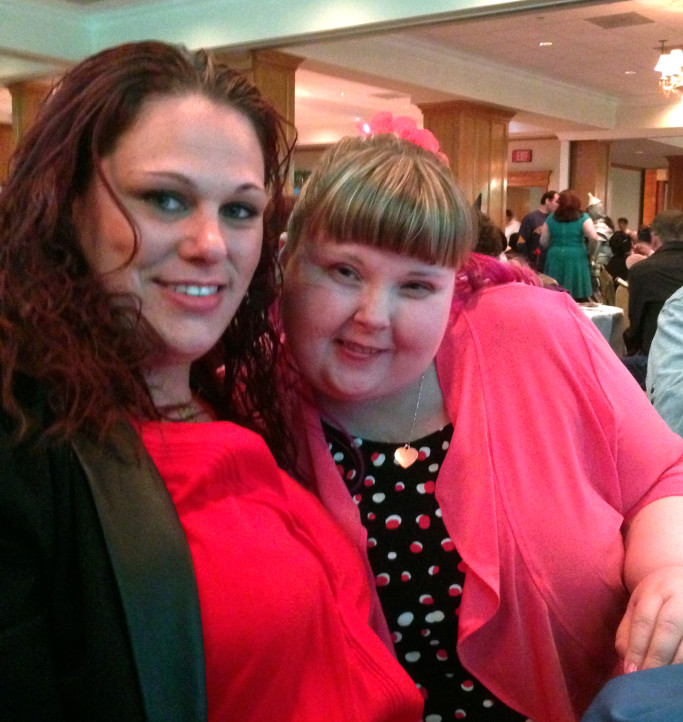 It takes a strong person to come out of the storm and an even stronger person to share their stories to give other’s inspiration and hope. Rayann Bricohe is one of these people.

Growing up in Lowell Rayann saw her share of hard times and had her share of struggles while becoming an adult in a world that provided her little to no family support at a very impressionable time in her life. Rayann had a few slips along her path but then she reached the point where she knew she wanted to make a change in her life.

She found herself at American Training, who became like a surrogate family for Rayann when she found herself at her darkest moments. She found refuge, structure and family support at Highfields when she went to live in the youth residential group home that would help shape her into the amazing, caring and inspiring person that she is today. Rayann not only found a family that cared about her well-being, but she also found people who believed in her and who supported her to get a college education and become the person she was always meant to be.

With the support of American Training, Rayann was able to get a place of her own and start her new journey. Once settled in her new place, she was able to finish college and even applied for a job at the one agency that helped her get on her way to a better life.

She joined the American Training family as a Colleague of the Lowell Dayhab and worked there for five years before becoming a case manager for the Lowell Options Program. Rayann continues to make a difference in other people’s lives on a daily basis. Whether it be with her humor and compassion or just her time, she makes sure to really see people and meet them where they are.

When our Guest Sabrina recently lost her mother, Rayann was the first person Sabrina thought of, so she reached out to her.  Rayann immediately dropped everything and went to pick her up, brought her to get some clothes and invited her to stay at her home that night.  Sabrina’s Service Coordinator sent Rayann a beautiful letter of appreciation, recognizing her selfless act of kindness.  This was just one of many of those kind acts.

Rayann basically grew up with American Training as her family and, still today, she continues to be a part of this family and contribute to the lives of everyone she comes into contact with.  She has a way with people, a connection, an honest compassion for others because she knows first-hand that life matters. Rayann lives the American Training Mission of bringing out the best in everyone we touch because life matters, every single day.

Rayann is a shining example of what our WOW! Magic can do and how empowering it is to share that with others.

Thank you Rayann, for going above and beyond every single day and for showing the world the ripple effects of passion and kindness.