People With Disabilities at High Risk for Flu, Says CDC 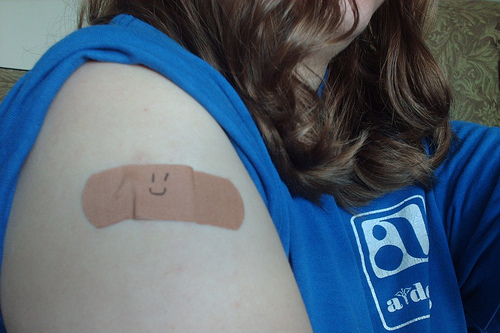 Flu season has come early this year, and Massachusetts has been hit particularly hard by the current strain. Wakefield Observer reporter Nicolas Iovino noted on Friday that 18 deaths in the state have been attributed to influenza thus far in 2013. One hospital official he spoke with said patients with flu-like symptoms have increased by 40% in the past week.

Fortunately, people seem to be grasping the severity of the situation and going for vaccinations. The same hospital official also told Iovino they administered around 100 flu shots over a two-day span. With the peak of flu season typically coming in late January and early February, this is not a case of too little action, too late in the game.

People with disabilities need to be especially cautious, says the U.S. Centers for Disease Control and Prevention. Michele Diament of Disability Scoop spoke with a developmental behavioral pediatrician at the CDC, who said that this population should be on “high alert.” Diament writes:

While no more likely to get the flu than typically developing individuals, those with neurologic conditions like intellectual disability and cerebral palsy are more prone to hospitalization and even death as a result of the illness.

Flu.gov is a website maintained by the U.S. Department of Health and Human Services. It includes a section with information about why people with disabilities might be at greater risk for influenza and offers advice to individuals with disabilities and their caregivers for prevention and treatment of the flu, including the following:

The site also lists a link for employers of people with disabilities that, unfortunately, just routes back to the home page. However, these same practical steps to prevention in conjunction with getting a flu shot are effective in minimizing the spread of influenza. Employers should also encourages workers, whether they are individuals with disabilities or without, to stay home if they have flu-like symptoms. It’s better to be without one employee for a day or two than to have him or her spread the virus through the whole workplace.