Outsourcing to Americans Remains a Hot Topic in Post-Election Fallout 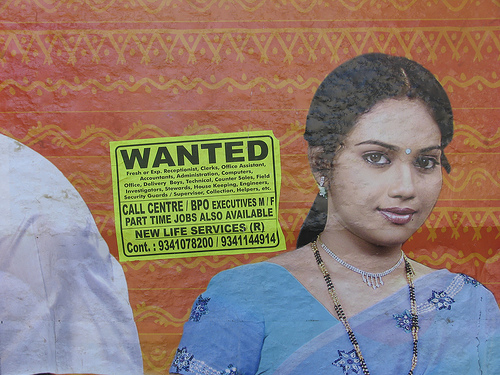 Several post-mortem analyses of the 2012 presidential election have credited the Obama campaign for its portrayal of Mitt Romney as an “outsourcer-in-chief” in the minds of voters who were concerned about American jobs. Aides to the GOP candidate attempted to draw distinctions between the practice of sending jobs overseas and contracting with other American companies to perform tasks, saying Bain Capital engaged in the former but not the latter during Romney’s tenure. But these attempts did not effectively counter the narrative that was established soon after it became clear that Romney would be the Republican nominee.

President Obama had already proposed legislation that would encourage the “insourcing” of jobs currently being done in countries like India, China, and the Philippines. So those companies who do offshore their labor have wasted no time trying to prove the benefits of their business model now that they know he will be leading the country for the next four years.

India’s Business Standard published this article last Friday, in which Minister of Commerce Anand Sharma tells Indivjal Dhasmana that “for every job outsourced, two higher-value jobs were created in the parent company.” Although, since this same economic multiplier can be applied to manufacturing jobs no matter where they are located, it is not clear how having them in India plays a role.

Likewise, in this press release/interview with ReplaceMyself.com CEO John Jonas, he contends that outsourcing virtual labor to workers in the Philippines enabled him to hire Americans for other positions. Jonas then goes on to make an ethical argument for outsourcing. “Why do we deserve to have a job and not them? There’s no such thing as an unemployment check in the Philippines,” he says.

But the same financial outcomes could be achieved by working with organizations that help people with disabilities get work through career training and contract labor services here in the United States. Manufacturing businesses would gain an added benefit of having greater control over their supply chain; and even in the virtual realm where Jonas’ company operates there is bipartisan support for legislation that would discourage business-process outsourcing in the name of improved security and consumer protection.

As for the humanitarian aspect of outsourcing, it’s interesting to hear any entrepreneur endorse unemployment benefits when paying into these social safety nets is frequently the chief criticism for why small businesses growth is stifled. The same gratification can be achieved by employing people with disabilities, along with the added benefit of growing the U.S. tax base and getting these individuals off of government support. Consider Mark Emmons’ story in the Sunday edition of the San Jose Mercury News about how Project Hired is helping military veterans like retired army sergeant Jeremiah Gaches:

After being discharged from the Army, Lodi resident Gaches became a virtual hermit because he was so anxious in crowds. Later he was diagnosed with a brain injury that occurred either in a vehicle accident in Korea or from blast exposure in Iraq. Project Hired arranged for Gaches to receive a service dog — a German shepherd-Husky mix — to help him navigate life. Rocky travels everywhere with him, including to the Livermore call center. ‘This program not only has gotten me to the point where I can work again, but where I feel like I’m living again,’ Gaches said.

Now, that’s an example of making life matter! And with government incentives for hiring people with disabilities also available, as Emmons notes, the business case for outsourcing to Americans can be made on both economic and ethical terms.