Maine Wants to Give People With Disabilities a “Ticket to Work” 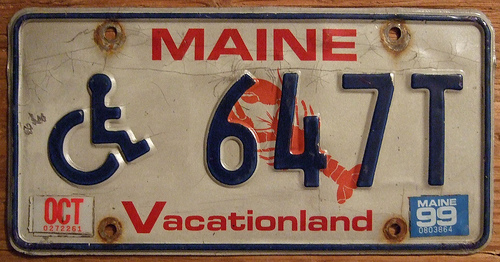 Lawmakers in Maine have made employment for people with disabilities a priority in 2013, with the introduction of legislation that will increase workforce training and job opportunities for these individuals.

The “Ticket to Work” bill was the first piece of business introduced by Democratic House Speaker Mark Eves when Maine began its legislative session last Thursday, wrote Bangor Daily News political reporter Matthew Stone. Stone called the push a “sign the leaders of the Democrats new legislative majorities are searching for some areas of common ground with Republicans.”

On the same day as Stone’s article, the Bangor Daily News published a corresponding editorial entitled “Employing Maine people with disabilities pays,” endorsing Eves’ bill. “The step should have been taken long ago,” it said, pointing out the measure became a necessity when Republican Governor Paul LePage’s 2011 budget set a five-year eligibility limit on the state’s Temporary Assistance for Needy Families (TNAF) program that many people with disabilities and their care providers rely upon.

To that end, businesses were the intended audience of the editorial. Congress can redistribute TANF funding toward career training for people with disabilities all it wants, it said, but ultimately there needs to be a Walgreens-type commitment from the private sector. The bulk of the editorial described the retail drugstore chain’s approach toward accommodation of people with disabilities in its distribution centers, concluding:

Walgreens reported that absenteeism improved, along with safety statistics. And workers were more efficient than at other distribution center locations. Not only did the company change its practices to benefit a population severely in need of work, it helped its bottom line.

Some sobering statistics were included in the editorial. Maine’s percentage of people identifying with a disability is 3% more than the national average. Employment for these individuals hovers around 35% compared to 79% of people without disabilities in the state. This all adds up to adults with disabilities being three times more likely to be living below the poverty line.

The value people with disabilities bring to the workforce should not be completely foreign to Maine’s private sector. Last spring, the state’s Chamber of Commerce joined with government agencies to hold a “business diversity” conference in Freeport. A Portland television station covering the conference noted that contract service organizations were providing companies with a labor force that could perform light assembly, packaging, sorting, and other manual tasks, while giving people with disabilities on-the-job training in a number of areas. If passed, “Ticket to Work” can be effective in making even more of these types employment opportunities available, as well as inclusion into full-time jobs for people with disabilities.