Virginia Moves Towards Community-Based Support for People With Disabilities 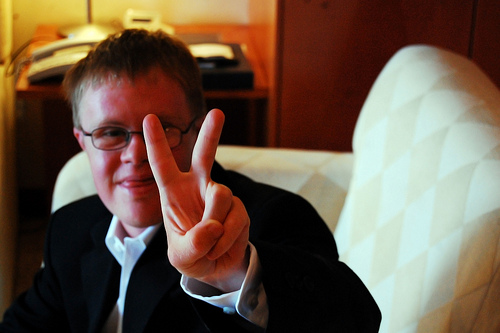 The state of Virginia is set to begin a major overhaul of its system of caring for people with disabilities that will increase independent-living opportunities and inclusion into the commonwealth’s communities.

The changes are triggered by a $2.1 billion settlement with the U.S. Justice Department announced last Thursday, and are expected to impact the lives of thousands of people with disabilities currently living in large, institutional settings maintained by the state. Virginia is one of the last states using this model after a concerted effort by the Justice Department to enact similar modifications in 20 other states, according to the article by The Washington Post reporter Anita Kumar. She writes:

Other states have been closing facilities for years as the nation’s attitudes and laws have evolved, particularly after the U.S. Supreme Court ruled in 1999 that ‘confinement in an institution severely diminishes the everyday life activities of individuals.’

Virginia has a year to develop the plan necessary to transition approximately 1,000 people into smaller, community-based settings. In addition, nearly 4,200 Medicare waivers will be made available to assist families in providing care and support either at home or in independent-living situations. Kumar quotes Thomas E. Perez, assistant attorney general for the civil rights division, as saying the agreement aids people with disabilities “in the way most conducive to independence and full participation in community life.”

The ruling could also provide a boost to programs for people with disabilities, including one in Fredericksburg, Virginia, that provides placement and training for careers as personal attendants to people with disabilities, a job also known as a consumer-directed assistant. In a post on the Fredericksburg.com The News Desk blog, Katie Thisdell looks at how the relationship between one attendant and his charge has blossomed in a way that illustrates Perez’s vision:

Like any pair of friends, Damien Bollino and Ryan Lett go to fitness classes, out to eat or on errands such as to the bank…’He’s my family, too,’ Bollino said. ‘I can call him out on stuff.’

For people like Kymberly DeLoatche, the ruling means she is now eligible to receive state support for the care of her eight-year old son, Charlie, while he lives at home. While Charlie shoots baskets on a toy hoop and mugs for the WUSA 9 camera, DeLoatche tells reporter Peggy Fox:

He’s here. He’s in the community. He’s in his school. He goes out to play. He was at the (the Boy Scout’s) Pinewood Derby. It’s amazing. And it’s a joy.